Air Purification is Necessary in Times of Crisis

In 2003, the United States government planned to destroy part of its stockpile of chemical weapons in Anniston, Alabama. In case hazardous materials were released into the environment, local residents were instructed to follow a ‘Shelter in Place’ program. All residents had to take refuge in a small interior room with few or no windows.

The US government issued an air cleaner to all residents near the destruction site. Battelle Laboratories was charged with the task of choosing which air cleaner to use.

Battelle is the world’s largest, independent research and development organization. It is regularly used to assist the government in finding safe and effective methods of chemical weapons disposal. It was at the Battelle Laboratories that stringent tests were carried out to determine which air cleaner would give the best protection in the event of an emergency.

In tests using over 100 different models of air cleaners, the Austin Air cleaner was rated the highest performing. The tests concluded that Austin Air units provided the most effective air cleaning solution.

As a result, Austin Air cleaners were placed in over 28,000 homes in the Anniston area to protect residents in the event of a chemical disaster.

The HEPA technology used in Austin Air air purifiers was first developed back in the 1940s, as part of an assignment known as the Manhattan Project, which eventually led to the development of the atom bomb. The Manhattan Project scientists developed HEPA filtration as a way to effectively remove any nuclear fallout and ensure the safety of those on the project.

No Other Brand Comes Close to Austin Air Systems

According to an EPA report, a significant amount of HEPA and Carbon must be used in your air purifier’s filtration otherwise filters will need to be changed often (every few months). That’s why the Austin Air HealthMate® has:

60 sq. ft. of True Medical Grade HEPA proven to remove 99% of all virus particles larger than 0.1 microns.
Over 780 cubic inches of Activated Carbon and Zeolite.  Removes chemicals, gases, and odors

No one in the industry even comes close to using that much. This ensures a long filter life of up to 5 years.

“That’s the impact of Austin.”

According to Swiss law, every person must have a protected place that can be reached quickly from their place of residence. This is why many homes and places of work in Switzerland are fully equipped with fallout bunkers.

Shelters are equipped with reinforced steel doors, shelving that can stock a two-week supply of water, medications, non-perishable food, and most importantly, ventilation systems and anti-gas filters. The filters use a combination of HEPA, and up to 60 lbs. of impregnated carbon, similar to the filtration technology used in our units, that will help to protect against nuclear, biological, and chemical agents.

Get All the Latest on Emergency Preparedness!

‘HEPA Type’ Filters Are Not the Same!

Make Sure Your Air Purifier Fits Your Space.

It is also important to select an air purifier with an adequate output for the space. A bunker designed for 5 to 7 people would be around 400 square feet. Running an Austin on high in an area this size would guarantee almost five air changes per hour, far more than the 0.35 recommended by ASHRAE and the EPA.

The Need for Clean, Safe Air Is on The Rise.

While the news has everyone focused on the potential for nuclear war, the need for effective air filtration in times of crisis is an ongoing concern. COVID-19, wildfires, and volcanic eruptions have led to an unprecedented demand for clean, safe air free from contaminants.

Geologists are predicting that a volcanic eruption may be a possibility in the near future. The pollution resulting from volcanic eruptions is known as vog.  Sulfur dioxide mixes with the atmosphere’s oxygen and water and produces compounds such as airborne sulfuric acid and hydrogen sulfide.

In the event of a volcanic eruption, it is best to have a purifier with activated carbon capable of purifying gases. The Austin Air Healthmate has over 780 cubic inches of Activated Carbon and Zeolite.  Removes chemicals, gases, and odors.

Get the HealthMate™ Now

“That’s the impact of Austin.” 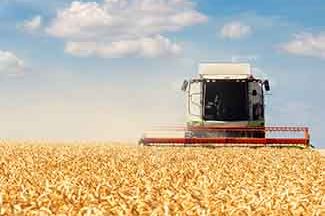 The Effects of Nearby Farming on Indoor Air Quality

We often think that air quality in rural areas is far better than in cities. With fewer vehicles on the road and all that open space, it makes sense that the air is cleaner, right? Wrong.   Sources Of Pollution in Rural Areas Methane from livestock, pesticides, fertilizers, dust, and emissions from farming machinery can all create airborne pollutants, often many miles from the site of the activity. This can have significant implications for local residents, as these contaminants find... 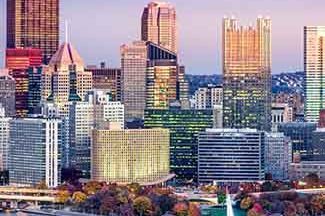 Pittsburgh Gets an ‘F’ For Air Pollution

According to the American Lung Association, the Pittsburgh region has some of the worst air pollution levels in the country. Despite some improvements in recent years, cars, local power plants, and heavy industry, such as the US Steel's Clairton Coke Works in the Mon Valley, are still spewing out a wide range of airborne contaminants. In fact, the county's air quality monitor, close to the Clairton Plant, has the highest recorded soot readings east of the Rockies. There is no... 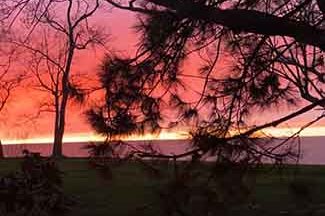 What Makes a Sunset?

Have you ever wondered what makes a sunset? Why does the sky light up with red, orange, and yellow at the end of the day? It's all down to light, how far it has to travel, and how it interacts with molecules in the air. During the day, when the sun is at its highest, light doesn't need to travel far. These shorter wavelengths of light create blue and green colors. But as the sun travels towards the horizon at...

Discover the full line of Austin Air products and decide which one is best for your needs.

School Funding How To

Get your custom cleaning quote today!

Complete the form below and I'll get back to you within 24 hours with a custom quote!

Close
We use cookies on our website to give you the most relevant experience by remembering your preferences and repeat visits. By clicking “Accept”, you consent to the use of ALL the cookies.
Do not sell my personal information.
Cookie settings ACCEPT
Manage consent