Although the results of the trials confirm what we have known for many years, this has been a real game-changer for us. Our products have been independently tested by some of the country’s leading hospitals and we are the only air purifier on the market to achieve the stamp of approval across the board.

Our work with the American Academy of Pediatrics

Our involvement in clinical trials started in 2001 when we were selected by the American Academy of Pediatrics and the country’s number one children’s hospital, Cincinnati Children’s Hospital, to take part in a clinical trial.

The aim of the study was to measure how an Austin Air Purifier could help to reduce children’s asthma symptoms and minimize visits to the ER. The air purifiers were run in the bedroom at night and in the main family room during the day. Over a twelve-month period, the children’s asthma improved and the number of visits to the emergency room was reduced dramatically.

The success of this trial paved the way for others. In 2009, we were approached by the renowned Johns Hopkins University Hospital in Baltimore this time to measure how effectively our air purifiers could reduce levels of indoor Nitrogen Dioxide. Nitrogen Dioxide (NO2) is a gas often present in homes with gas stoves. It is particularly dangerous for people with COPD, as it can cause coughing, wheezing, and chest tightness. Again, participants were given two Austin Air Purifiers to be used in the kitchen and in the bedroom. Again, results were impressive, NO2 levels dropped, and air quality improved significantly.

Shortly after, we teamed up with Johns Hopkins University Hospital for a second time. This study was designed to measure how using an Austin Air Purifier could improve indoor air quality for pregnant women or women with very young children, living with a smoker. Again, two Austin Air Purifiers were installed in each home. And once again it was clinically proven that our air purifiers are extremely effective at removing PM2.5 and what’s more, 98% of the women said they would recommend an Austin Air Purifier to friends and family looking to improve indoor air quality.

We went on to conduct several studies with Johns Hopkins and are still working with the university at the time of writing.

And most recently, another clinical trial with the hospital was published. The 2021 study shows how using an Austin Air Purifier can help people suffering from COPD. Previous trials with the university set out to measure how our units help to reduce pollution levels in the homes of people with COPD. But this was the first trial to use air purifiers to improve COPD symptoms.

After one week, indoor air quality was measured, pollution levels had dropped dramatically and continued to remain low for the duration of the study. At six months, use of COPD medication, COPD symptoms, and exacerbation risk (flareups) were assessed. It was clear that there were significant signs of improvement for the group using Austin Air Purifiers, particularly for those people who spent a lot of time indoors. According to the Johns Hopkins team,

‘This is the first environmental intervention study conducted among former smokers with COPD showing potential health benefits of portable HEPA air cleaners, particularly among those with greater adherence and spending a greater time indoors.’

The University of Washington Trial

In 2015, we partnered with the University of Washington, to measure how using an Austin Air Purifier could help to improve air quality for children with asthma, living in the Yakima Valley, Washington State. The area is known for a range of intensive agricultural activities, that have a major impact on pollution levels.

Our work with Franklin W. Olin College of Engineering in Boston

In 2019 we joined forces with Franklin W. Olin College of Engineering in Boston, to improve air quality for residents living near to the airport in East Boston. This time the team investigated how using an Austin Air HealthMate could help to improve indoor air quality and subsequently lower a person’s blood pressure.

The research team kept a close eye on air quality levels and the participants’ blood pressure, for the duration of the study. On both counts, they noticed a real difference when using our units. Blood pressure remained low and there was a 10-fold decrease in pollution levels in the rooms where an Austin was running. 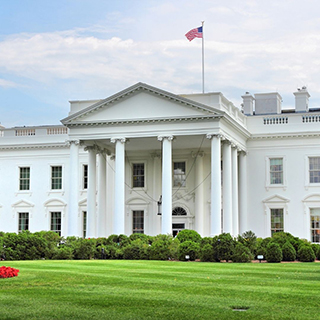 In January 2021, the newly elected administration published a “National Strategy for the COVID-19 Response”. The strategy was developed to give people the tools they needed to protect themselves, reopen schools, and get the economy moving again. Last week, that strategy was updated and is now part of a “National COVID-19 Preparedness Plan.” One notable goal of the new preparedness plan includes preventing economic and educational shutdowns. For the country to move forward, schools and businesses must be given the... 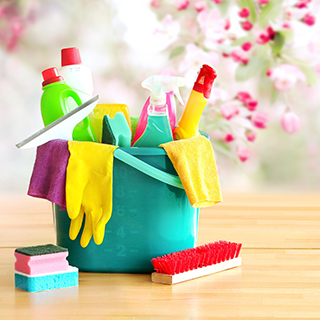 Planning to Spring Clean? Keep An Eye on Your Indoor Air Quality

With spring just around the corner, now is the perfect time to deep clean your home. But before you reach for the dustpan and cleaning supplies, here are a few points to consider. Cleaning Products Can Be a Major Source of Pollution in The Home When it comes to cleaning products – whether they’re for the floor, the windows, or the stove – choose wisely. Many conventional cleaners contain harsh chemicals that can have a real impact on air quality... 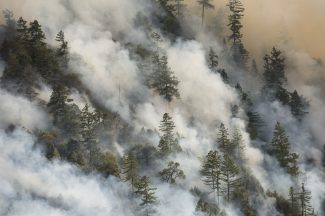 California Wildfires cause problems across the US

We have been following the news on the California wildfires as they spread across the West coast, causing major disruption and health problems for local residents. According to the latest reports, the fallout from the fires will travel much further than originally thought, affecting the health of people living on the East coast too. Many people suffer from respiratory problems when there is smoke in the air. Shortness of breath, coughing and wheezing are common when smoke is inhaled directly....

Discover the full line of Austin Air products and decide which one is best for your needs.

Get your custom cleaning quote today!

Complete the form below and I'll get back to you within 24 hours with a custom quote!

Close
We use cookies on our website to give you the most relevant experience by remembering your preferences and repeat visits. By clicking “Accept”, you consent to the use of ALL the cookies.
Do not sell my personal information.
Cookie settings ACCEPT
Manage consent