As we experience some of the coldest weather of the year, especially those of us in areas being tortured by the return of the Polar Vortex, people with long-term respiratory problems like asthma or chronic obstructive pulmonary disease (COPD) will need to take extra care to avoid the deep freeze. Breathing cold air can have negative effects on the human body, like a minor burning sensation, congestion, and perhaps a cough – even in healthy individuals with normal or near-normal lung function. Aside from the conveniently-timed cold and flu season, just cold air itself can exacerbate symptoms of respiratory conditions and trigger a flare up of symptoms.

So what causes the body to react when it experiences cold air? It depends – how hard are you breathing? How long have you been exposed to the cold air? And, do you have some pre-existing respiratory conditions?

Generally speaking, the human body prefers to breathe through the nose when taking less than thirty breaths per minute. It has been reported that the quicker and harder our breaths while exposed to cold air, the quicker and deeper the cold air’s effects will radiate throughout your respiratory system. While maintaining a still position, or doing light movement, the cold air passes through your nose slowly enough that it warms to body temperature before reaching your throat. The only areas which may feel the effect are in the nose and sinus cavity itself, where the cold air can induce an enlargement of the veins in the lining of your sinuses. This leads to congestion, sneezing, and a runny nose. (That’s why your nose runs in the cold! Not because your nose hairs are frozen!). Those with chronic runny nose (rhinitis) will have an increase in symptoms, and if you happen to be someone with asthma and chronic rhinitis, these physiological responses are even greater.

Another short-term effect of cold air is called bronchoconstriction, or the tightening of the airways in the lungs. If you’ve never felt this sensation, it feels as if it is difficult to breathe, with tightness in the chest and associated shortness of breath, wheezing, coughing and perhaps an increased production of mucus of phlegm. Those who suffer from asthma, cystic fibrosis, and/or emphysema will surely feel the effects of bronchoconstriction more intensely than those with healthy respiratory systems. Experiencing bronchoconstriction due to cold air, on top of having constricted airways thanks to an underlying chronic respiratory condition can be devastating, so those who suffer from chronic conditions should know the temperature at which they become affected and try to avoid exposure to the cold air as much as possible. Not only is bronchoconstriction brought on by cold air, but it’s also caused by both exercise and allergens. This means that if you’re attempting to exercise in the cold like shoveling your driveway, or you have certain allergens that bother you, the cold air will increase your chances of experiencing symptoms or triggers.

For those with exercise-induced asthma (clinically termed ‘exercise-induced bronchoconstriction’ or EIB), the cold air multiplies the probability of experiencing issues. In May 2013, the American Thoracic Society issued the first treatment guidelines for EIB, which encouraged proactively using a short-acting inhaler before exercising.

Once you are exercising or moving around in the cold, you may notice that the runny nose has gone away. This is because the exercise causes your hormones (adrenaline and noradrenaline) to kick into gear, constricting the once-enlarged nasal veins. However, now that you’ve gotten your lungs working harder, the cold air is able to penetrate deeper into your body and can now affect the larynx and lower airways, possibly triggering symptoms in those who suffer from chronic respiratory issues. 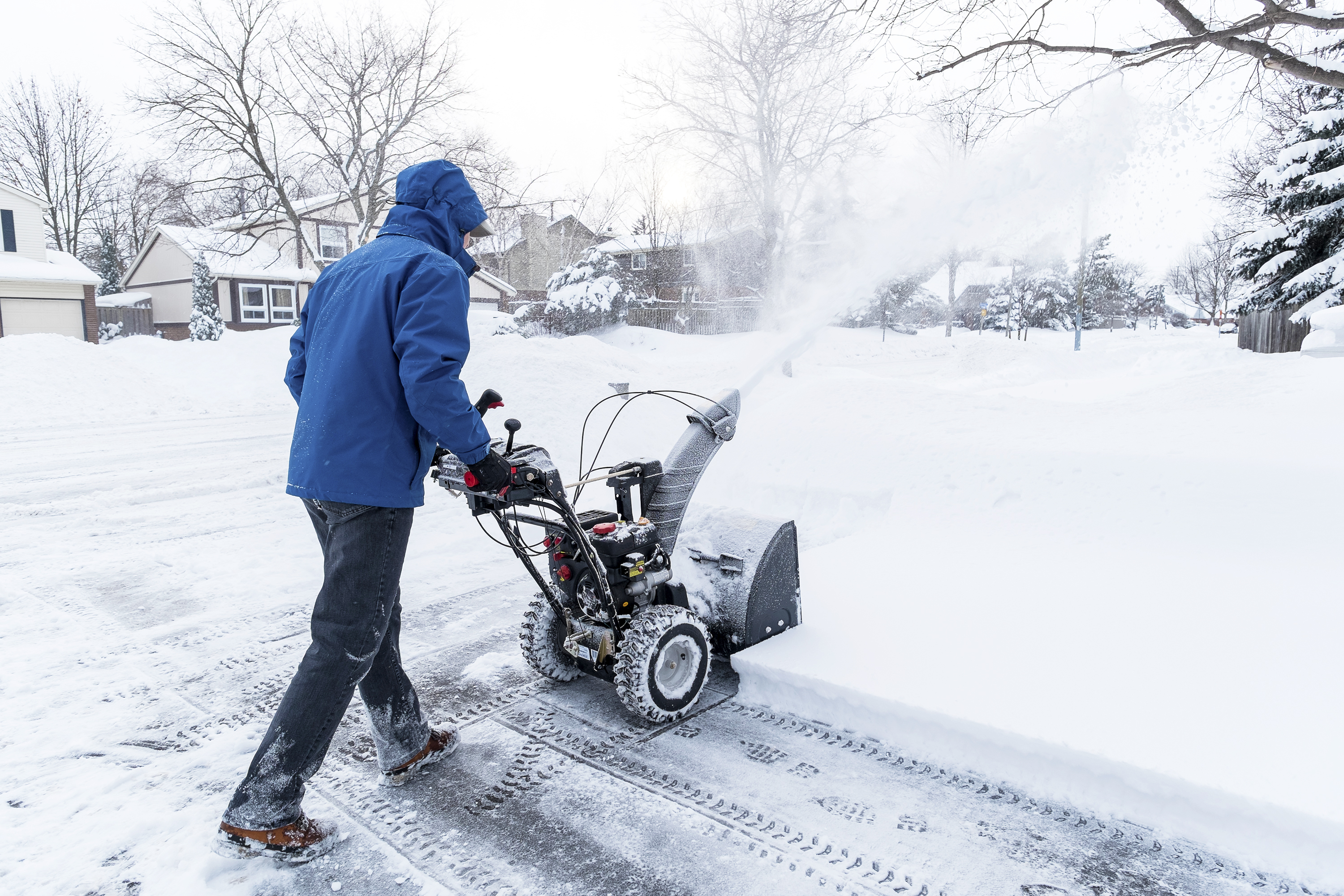 Do you spend most of your day outside?

Many people spend a great amount of time outdoors during the winter months because they live in cold climates and/or work outdoors for a living. Others choose to spend time outdoors for recreational purposes like hiking, hockey, ice climbing, skiing, snowboarding or snowshoeing. One study looked at the prevalence of shortness of breath during exercise, to examine if the risks for asthma and chronic bronchitis were affected by the recreational behaviors of those who work outdoors for a living and cold-weather outdoor enthusiasts. The study analyzed 6,667 questionnaires from a general adult population living in cold climates. During exercise, normal healthy individuals experienced shortness of breath only 10%-19% of the time when exposed to low temperatures, whereas those with allergies or chronic bronchitis experienced it anywhere from 22%-59% of the time. Meanwhile those with asthma had the greatest prevalence of shortness of breath, experiencing symptoms 78%-82% of the time. As you may expect, this study also found that those with a family history of COPD or allergies had an increased risk for negative respiratory conditions in the cold.

While cold air can definitely trigger symptoms for those who experience pre-existing respiratory conditions in the short-term, long-term exposure can also provide some lasting concerns regarding those with allergies, COPD, and/or chronic bronchitis. One study determined that long-term exposure to cold air increased symptoms of rhinitis, sore throats and coughs. Long-term exposure to cold temperatures can cause changes to occur to the structure and function of the airways. For example, the lining of the airway has a layer of mucous to coat and protect the walls of the airway, but not enough to cause a restriction in the passageway. Too much exposure to cold air has shown to result in morphological changes, like an increased number of cells that produce mucous. The additional phlegm can also be accompanied by a general enlargement of the passageways themselves. The enlarged layers of the arteries and arterial muscles, further limits the intake of air, and therefore oxygen.

If you happen to live in a cold-weather climate, you are most likely familiar with the shortness of breath and health complications that can come from being out in the cold air. While some healthy individuals are not as affected by the coldest air of the season, those who are vulnerable or have pre-existing respiratory conditions should take precautions to ensure their personal health safety – especially at this particular time when a deep freeze has set in. Consider it one more reason to look forward to spring, when a whole new set of issues come around… allergy season. 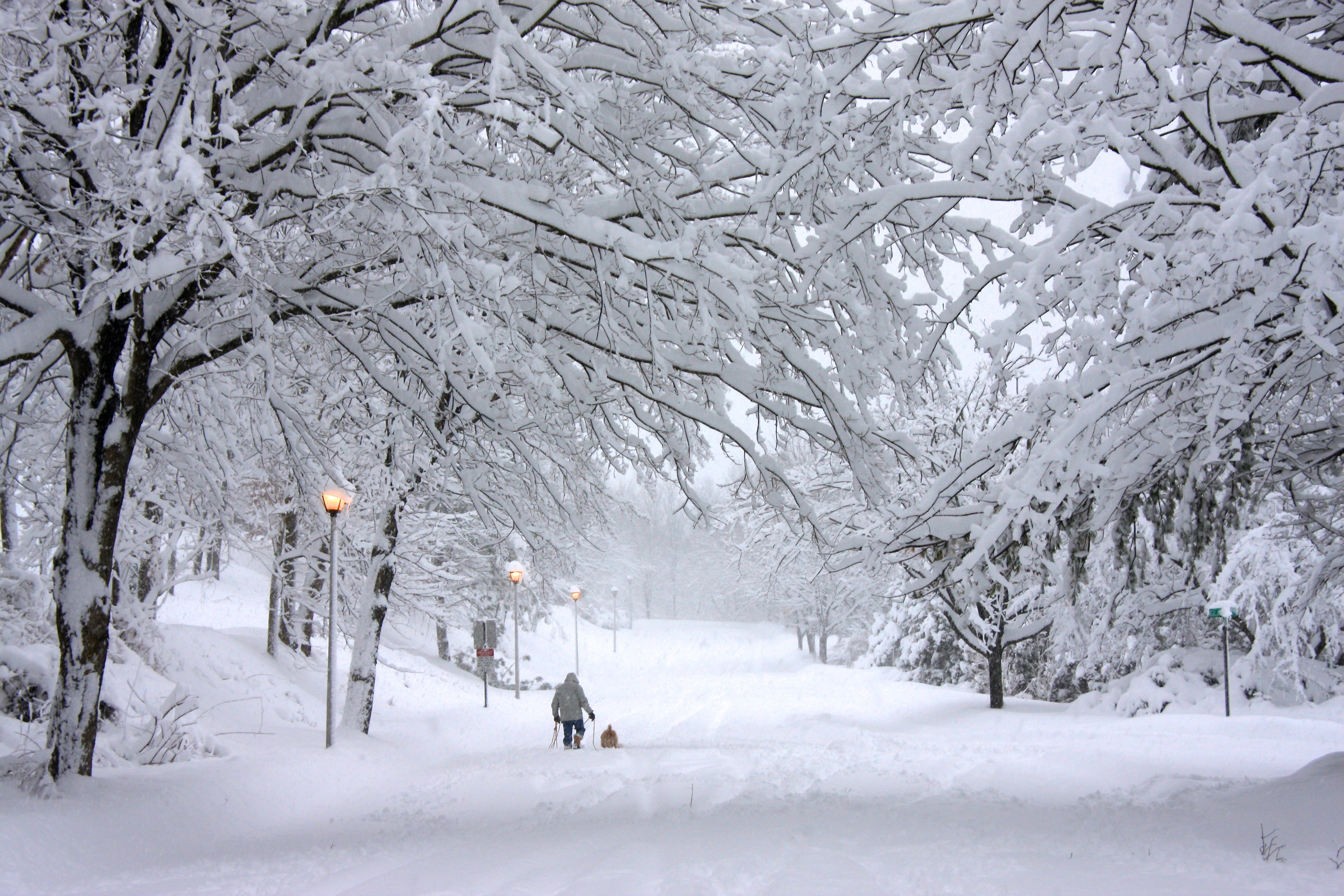 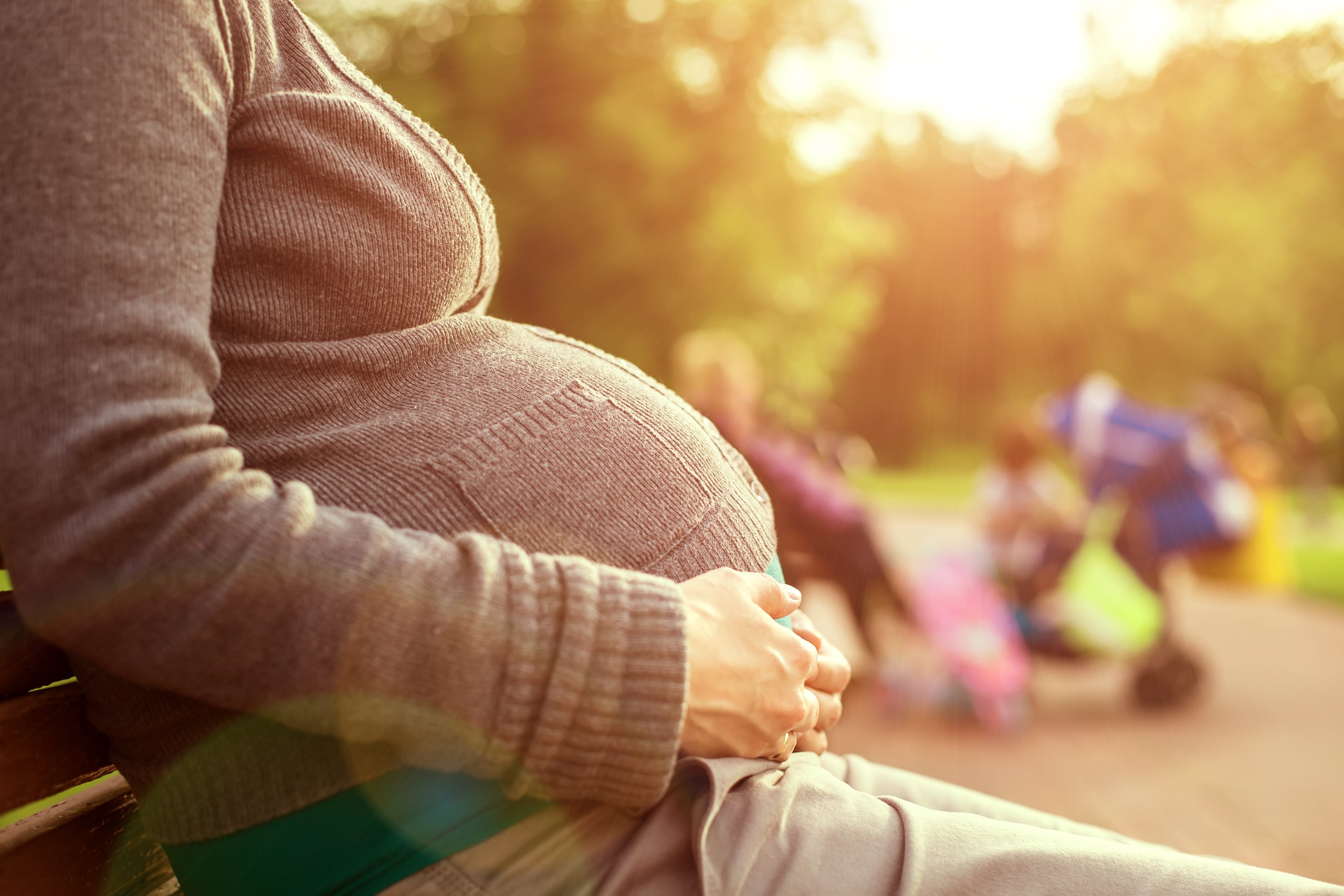 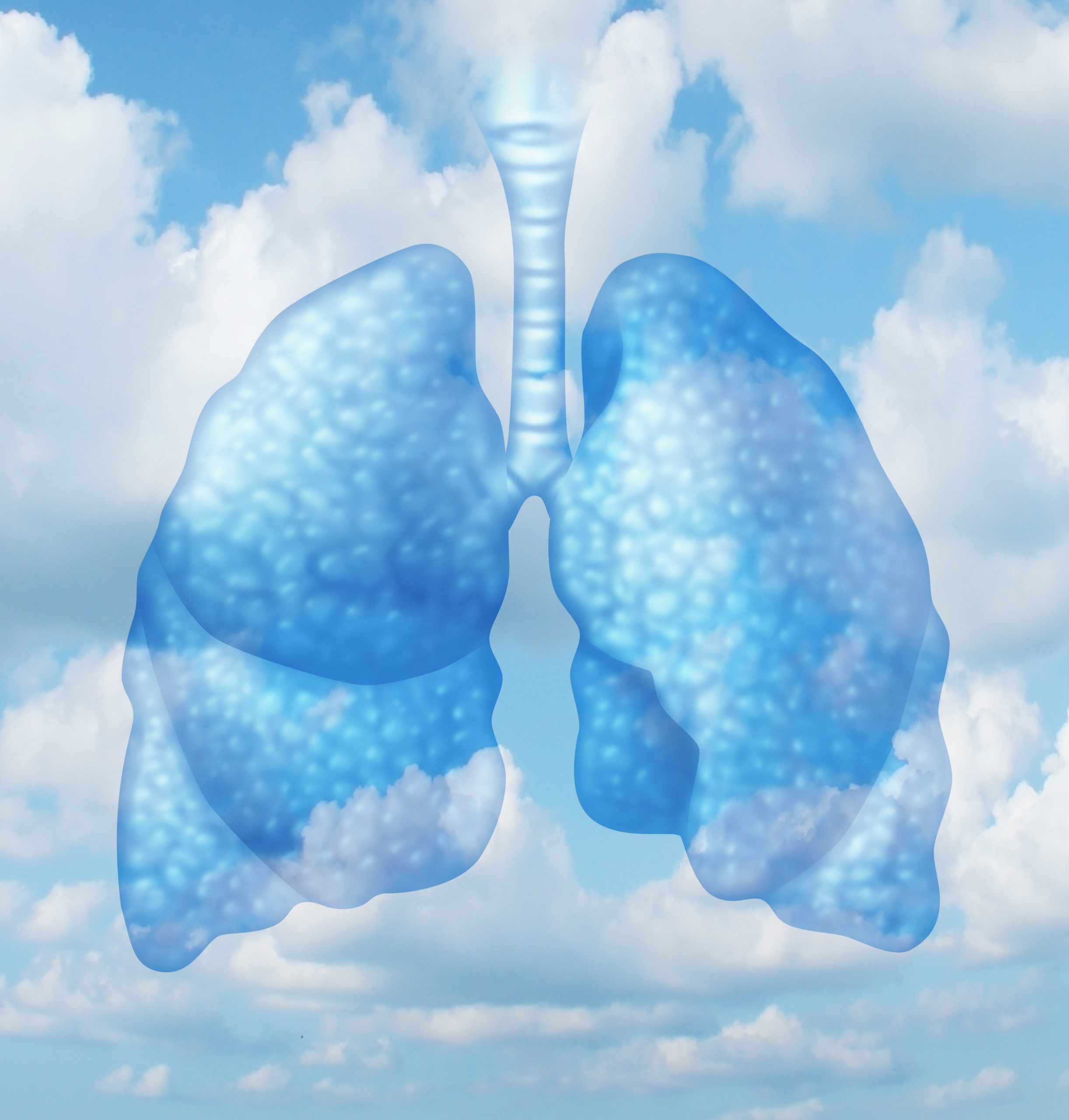