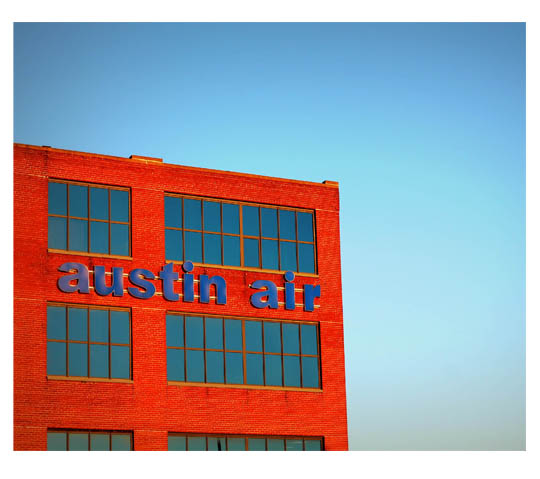 He noticed asthma attacks were more frequent at night as hormonal changes take place and lying down causes the airways to narrow. Together these factors increase the chance of a night time asthma attack. Back then, the only advice doctors had to offer was to avoid asthma triggers like bedding and carpeting or take medication. He knew there had to be a better solution.

Studies had shown that HEPA filtration, used in hospitals at that time, was effective at removing contaminants from the environment. So he developed the first HEPA air purifier, designed for domestic use.

To this day, it is still the most effective air purifier on the market.

We're proud to be on the cutting edge of the air purification industry. Here are a few key dates in our history:

In 2000 the Austin HealthMate® undergoes extensive testing along with over 100 other air purifiers at Battelle Laboratories, Aberdeen,MD.It is selected as the top air purifier for chemical and VOC filtration.

In 2001  Post 911, Austin Air products are recommended by the Red Cross, FEMA and the U.S. Department of Housing and Urban Development (HUD) to combat the negative health effects of ash, chemicals, VOCs and other miscellaneous airborne particulates released into the air after the attack.

In 2002 following the Battelle Labs tests, Austin Air is selected by the U. S. government for the largest deployment of air purifiers in the world in order to protect residents of Anniston, Alabama during the elimination of chemical weapons.

In 2016 The Austin Air HealthMate Plus® is deployed to many thousands of residents of Porter Ranch, California and the surrounding Aliso Canyon area to help protect against the effects of the Southern California natural gas leak.

Year after year, Austin Air purifiers are chosen to filter the contaminants released into the air during the wildfire season. 2017 was a particularly brutal year for residents of California and surrounding states - the wildfire season started very early and continued through the end of the year.

Of course, there are many other important dates and product innovations that we’re very proud of.  We have been developing and manufacturing air cleaners for nearly 30 years. It’s all we do. We understand the science. We understand what our customers need.

Sold in over 100 countries, we have created a line of robust, reliable, American made products that you can trust.

For more information on our products and what they can do for you, visit our Shop page HERE