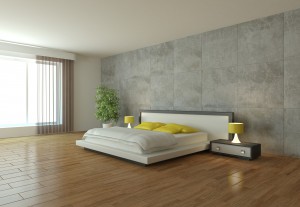 Last March, the CBS show 60 Minutes ran a story about unsafe levels of formaldehyde in laminate flooring being sold by Lumber Liquidators. Specifically, it was laminate flooring that had been made in China which wasn’t safe. The story was dismissed by Lumber Liquidators, who stated that the accusations were being made by short sellers that would profit if the stock value of Lumber Liquidators dropped. The story on 60 Minutes presented evidence in the form of undercover video from a factory in China, as well as test results from three independent, certified labs.

Following the report from 60 Minutes, the Consumer Products Safety Commission (CPSC) did a joint study with the Centers for Disease Control (CDC) to examine the claims of toxic levels of formaldehyde in laminate flooring sold by Lumber Liquidators which had been produced in China between 2012 and 2014. The results of this examination found that the levels of formaldehyde in the laminate flooring from Lumber Liquidators were indeed higher than acceptable.

To lessen the impact of this flooring on the air quality of your home, the study authors recommend:

Unfortunately, the CDC has announced that it made errors in the initial report results on the amount of formaldehyde in the Lumber Liquidator floor. Due to a miscalculation of ceiling height, it now appears that the levels of formaldehyde are actually three times higher than previously thought. This obviously is cause for great concern but their recommendations for how to proceed remain the same. It is believed that the excess formaldehyde is no longer a risk after two years so diligence in properly airing out your home is necessary.

Exposure to formaldehyde is known to cause throat, eye, and nose irritation. It is also linked to cancer but the risk is relatively low.

To prevent formaldehyde exposure in the future, you can do the following:

If you’ve purchased anything, such a furniture, which emits a noticeable odor – let it air out somewhere such as our garage before putting it in your home. You may also want to consider purchasing a medical-grade air purifier which has been designed to diminish the levels of formaldehyde and other VOCs, such as the Austin Air Healthmate Plus.

Anyone who is concerned about the flooring in their home can contact 1-800-CDC-INFO for advice on how to proceed.